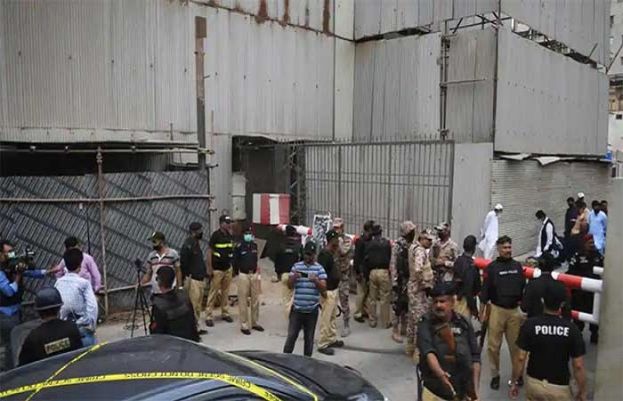 An investigation into the attack on the Pakistan Stock Exchange (PSX) has revealed that terrorists who stormed the bourse building had contacts in the port city.

Sources said that more data has been retrieved from cell phones of the attackers who, according to the data, were in touch with a specific cell phone number before the attack.

The number was used in various parts of District Central, they added.

The sources said they have found evidence of the attackers having contacts in Karachi after a forensic examination of their mobile phones.

Four terrorists who had attacked the stock exchange building on Monday were also killed. A police officer and two security guards also lost their lives while foiling the attack. The outlawed Balochistan Liberation Army claimed responsibility for the attack.

Speaking on the floor of the National Assembly on June 30, Prime Minister Imran Khan had said Pakistan has no qualms that Monday’s terrorist attack on the Pakistan Stock Exchange (PSX) was orchestrated in India.

“We have no doubt that this [attack] was carried out by India.”