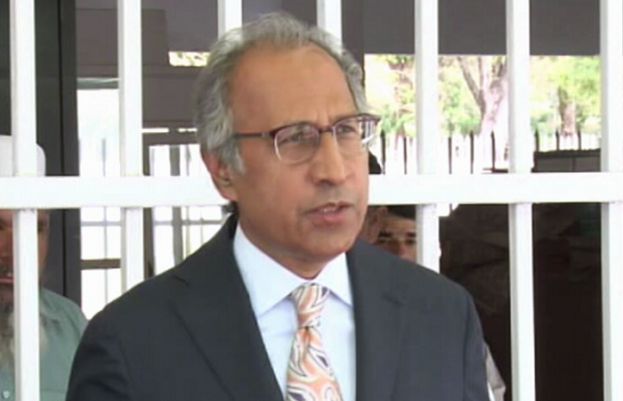 Pakistan is taking several institutional steps to further speed up implementation of projects under the China-Pakistan Economic Corridor (CPEC) framework, Adviser to PM on Finance and Revenue Hafeez Shaikh said on Friday.

“CPEC is the culmination and anchor of the great friendship and deep-rooted collaboration of the people and governments of China and Pakistan to realize their joint destiny, achieve their common objectives, and ensure a more prosperous future for both nations,” Shaikh said during a meeting with Chinese Ambassador to Pakistan Yao Jing.

The $60 billion CPEC kick-started five years ago, concentrating mainly on construction of roads and motorways and power plants to ensure energy security in the wake of a massive power shortfall.

Within the last couple of years, a series of power projects transformed the country into an energy-surplus destination from a power-deficient one. The CPEC framework envisaged 10,000 megawatts of production capacity.

In the first phase, a total of 1,544 km of roads have been constructed and 1,456 km are under construction. In the energy sector, 5,320MW of electricity has been added to the national grid, while work on seven projects with 4,170MW power projects is nearing completion.

Under the CPEC, additional projects of 2,844MW are planned. Also, a cross border optical fiber project, which stretches over 820 km linking Khunjrab to Rawalpindi, has already been completed.

Special economic zones (SEZs) are the next phase of development after early harvest projects under the CPEC. Initially, 27 zones were expected to be set up. The number was now reduced to nine. Government is expecting $1.3 billion worth of exports revenue from industrial chemicals through SEZs dedicated to biotechnology.

However, the second phase of industrial and agriculture cooperation has yet to be operationalized and its debt burden on Pakistan’s economy is frequently being questioned.

Shaikh appreciated the continuous and unwavering support that China has been providing to Pakistan. Reviewing the serious social and economic impact of the COVID-19 pandemic across the globe, the adviser apprised the ambassador of the wide-reaching measures that the government of Pakistan had taken, and was further planning.

The adviser informed regarding the government's plans for the provision of much needed relief to mitigate the socioeconomic impact of the COVID-19 pandemic, especially on the low-income and vulnerable groups.

The adviser also told the ambassador of the initiatives that were being undertaken to stimulate the economy in these difficult and uncertain times.

Jing said the people of China are standing in unity with Pakistanis. “China would provide enhanced investments in development projects that would both stimulate the economy and generate employment,” he said.

“China places the highest value on its fraternal relations with Pakistan.”