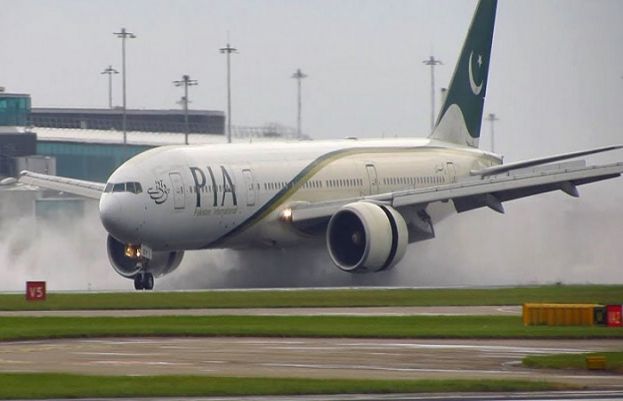 A Pakistan International Airlines (PIA) flight had to fly back to the airport it departed from after it was denied permission to land at Gilgit airport due to strong winds on Friday morning.

According to sources, the national flag carrier’s PK-605 flight took off from Islamabad International Airport and intended to land at Gilgit airport. As it entered the Gilgit airspace, the pilot of the aircraft contacted Air Traffic Control (ATC) officials and sought permission to make a landing, which was denied due to strong winds.

The plane, therefore, was diverted back to Islamabad due to the bad weather, the sources said.

Last month, the national airline’s flight PK-8303 had crashed in Model Colony near Jinnah International Airport in Karachi, two passengers had miraculously survived out of the 99 onboard.

Earlier, on June 24, Aviation Minister Ghulam Sarwar Khan presented in the National Assembly the preliminary investigation report of the last month’s crash of the Pakistan International Airlines (PIA) aircraft, holding the pilot and co-pilot of the ill-fated plane as well as ATC officials responsible for the tragedy.

He claimed the plane was 100 per cent fit as there was no technical fault in it.