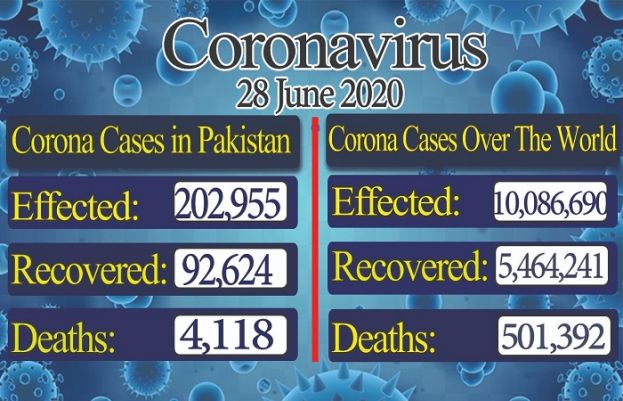 The number of confirmed COVID-19 cases in Pakistan rose to 202,955 on Sunday after new infections were confirmed in the country.

The province-wise break up of the total number of cases as of June 28, is as follows:

North America, Latin America, and Europe each account for around 25% of cases, while Asia and the Middle East have around 11% and 9% respectively, according to the Reuters tally, which uses government reports.

There have been more than 497,000 fatalities linked to the disease so far, roughly the same as the number of influenza deaths reported annually.