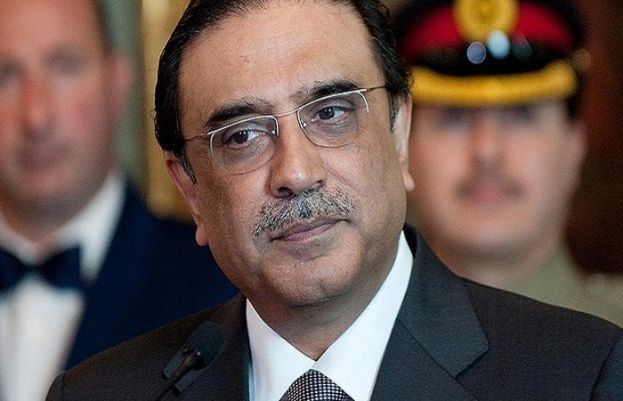 An accountability court on Tuesday issued a bailable arrest warrant for former president Asif Ali Zardari in the Toshakhana reference, in which he is one of the main suspects along with former prime ministers Yousaf Raza Gilani and Nawaz Sharif.

During today’s proceedings, Zardari’s counsel Farooq H Naek told the court that he had already filed a plea in court to exempt his client from appearing before the court.

“I am a senior lawyer and I am telling the court that Asif Zardari will be present at the next hearing,” Naek said.

Naek told Justice Asghar Ali that summoning Zardari to court will cause a lot of people to gather and cause a rush, which will be dangerous due to the COVID-19 pandemic.

The court, however, rejected the former president’s plea and issued a bailable arrest warrant for him.

"I'll give a long date, Asif Zardari should appear before the court," said Justice Asghar.

NAB Deputy Prosecutor General Sardar Muzaffar Abbasi countered Naek's stance by saying that if a rush were to develop due to Zardari's presence in court, then it was the administration's job to control it.

"He [Zardari] should not be given any relief, non-bailable arrest warrants for him should be issued," the prosecutor told the court He said that after the court granted exemption from appearing to Yousaf Raza Gilani, his lawyer had also abstained from appearing before the court.

According to the accountability bureau, Zardari and former premier Sharif obtained cars from the Toshakana by paying 15% of the cars' price.

The bureau further alleged that Gilani facilitated Zardari and Nawaz in this regard.

Zardari had paid only 15% of the total cost of the cars through fake accounts, according to NAB. He also received the cars as a gift from Libya and the UAE when he was president and used them for his personal use instead of depositing them in the treasury, the anti-graft body had alleged.

NAB had also said that Abdul Ghani Majeed paid for the vehicles through fake accounts whereas Anwar Majeed made more than Rs20 million through illegal transactions using the Ansari Sugar Mills accounts.

According to reports, Nawaz was not holding any public office in 2008 but was given a vehicle without any justification. NAB says the leaders have been charged with corruption under sub-sections 2, 4, 7 and 12 of Section 9 (A) of the NAB Ordinance.

The Toshakhana (gift depository) gift from any country to the head of the state remains the property of the government unless sold at an open auction. Rules allow officials to retain gifts with a market value of less than Rs10,000 without paying anything.